Most commercially available oats in North America are contaminated with gluten-containing grains (wheat, rye, barley). This has been confirmed in various studies including one by Health Canada scientists.

We are fortunate in Canada and the USA that specially-produced pure, uncontaminated oats have been available in the marketplace for many years. These oats are grown on dedicated fields; and are harvested, stored, transported and processed in dedicated gluten-free facilities. In addition, they are accurately tested for their gluten content to be under 20 ppm. This entire process is often referred to as a purity protocol.

Health Canada’s Food and Drug Regulations include oats, along with wheat, rye, barley in the list of gluten-containing grains, so even pure, uncontaminated oats were prohibited from making a gluten-free claim. However, on May 29, 2015, the Minister of Health issued a Marketing Authorization that permits the use of gluten-free claims for specially produced oats and foods containing these oats as ingredients. The Marketing Authorization provision allows for an exemption from the Food and Drug Regulations provided these oats do not contain more than 20 parts per million (ppm) of gluten from wheat, rye, barley or their hybridized strains.

Health Canada does not specify the methods or controls oat producers should use in order to meet the Marketing Authorization requirements. Many producers of gluten-free oats use the purity protocol which has been proven to be effective. Some producers may use other methods such as mechanical and/or optical sorting to remove gluten-containing grains from oats rather than a purity protocol. The Professional Advisory Council is not aware of any published North American data that demonstrates the levels of gluten in oats that have been cleaned using mechanical and/or optical sorting.

The Marketing Authorization and other important information about oats can be found on Health Canada’s web page Gluten-Free Labelling Claims for Specially Produced Oats.

The Canadian Celiac Association supports Health Canada’s decision to allow gluten-free claims for specially produced gluten-free oats and products containing such oats. Also, the Professional Advisory Council recommends the following guidelines for individuals with celiac disease and other gluten-related disorders who wish to add pure, uncontaminated oats or oat products in their diet:

Some producers of gluten-free oats use a “purity protocol” which involves various steps to prevent cross-contact with gluten-containing grains. These protocols can include no gluten-containing grains grown on the land previously for at least 2-4 years, using pure uncontaminated oat seed for planting; and dedicated or cleaned equipment for seeding, harvesting, oat storage, transportation, milling and processing. Farmers are required to submit oat samples after harvesting and prior to delivering to the mill. Also, the miller conducts frequent testing of the oats during and after processing.

Producers may utilize various protocols for gluten testing. Regardless of the production methods, it is essential that scientifically validated gluten-testing methods and procedures are utilized. Multiple samples from various locations in the oat container need to be taken to reduce the risk of missing any possible contamination. Also, each sample should be tested in duplicate.

The CCA surveyed thousands of Canadians with celiac to see what they know about oats.

May 2020 – The Canadian Celiac Association (CCA) recently conducted a survey about oats, called “Oats & You.” The purpose was to gain a better understanding of what type of information individuals on a gluten-free diet received about the use of oats, as well as their current consumption of regular and gluten-free oats.

The CCA recognized the need for this survey because there appears to be great variability in the advice patients with celiac disease are being given regarding the introduction of gluten-free oats. Regular oats are frequently contaminated with wheat, rye and/or barley, and should therefore not be consumed by individuals on a gluten-free diet. However, specially produced gluten-free oats have been shown to be safe for patients with celiac disease, with no evidence that they cause additional symptoms, changes in celiac serology or duodenal histology. For more information on the safety of oats, see Health Canada’s review entitled “Celiac disease and Gluten-Free Claims on Uncontaminated Oats” as well as the CCA Professional Advisory Council Position Statement on Consumption of Oats by Individuals with Celiac Disease.

Some 3,900 respondents participated in the survey, over a period of eight days.

Introduction of oats into the gluten-free diet

Approximately one-third consumed oats at the same time they started on the gluten-free diet, while 40% waited more than 1 year after initiating the diet. Unfortunately, 56% of respondents never recalled receiving specific advice about the optimal time to introduce gluten-free oats into their diet. We do not know if these individuals ever received formal dietary consultation on gluten-free diet or if the education they were provided simply did not address consumption of oats. Knowing this information would be very helpful in order to gain a better understanding of whether this essential component of gluten-free diet education is occurring regularly or not.

The majority of individual with celiac disease consumed gluten-free oats. However, there are still a proportion of individuals that consumed regular oats, leading to higher risk of presenting symptoms at follow up. Education on the gluten-free diet and consumption of oats was missing in more than half of respondents, which may explain the variability on type and timing of oats introduction in our survey. The CCA strongly encourages newly diagnosed patients with celiac disease to consult with a registered dietitian with expertise in celiac disease and the gluten-free diet to ensure they consume a balanced gluten-free diet, with adequate fibre. It is also important that individuals with celiac disease consult with their physician to discuss new and/or persistent symptoms, whether they suspect possible reaction to food or other, in order to maintain optimal health. Combined efforts from the CCA, health care providers and community are needed to improve education on the gluten-free diet, including oats and timing of introduction, which is not occurring regularly.

The Professional Advisory Board of the CCA would like to again thank everyone who participated in this survey and have helped us to better inform the consumption and knowledge about oats for those with celiac disease following a gluten-free diet.

An Ode to Dr. Oats 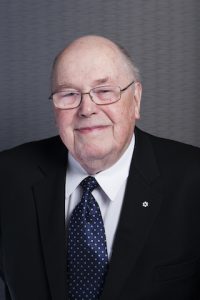 Vernon Douglas Burrows died peacefully in hospital at the age of 90 on November 8, 2020. He was born in 1930 in St. Boniface, Manitoba and leaves behind two daughters: Diane and Janet. He left an incredible legacy.

Vern graduated from the University of Manitoba (BSA and MSc) and the California Institute of Technology in Pasadena, California (PhD, 1958). He and his wife Betty moved to Ottawa to begin his life-long vocation of agricultural research.

Vern had a 40-year career as a research scientist at Ottawa’s Experimental Farm, breeding 27 oat varieties (notably AC Gehl) and publishing 100 research papers including four book chapters. In 2002 Vern joined the CCA Professional Advisory Council and helped develop the purity protocol for producing gluten-free oats that made them finally safe for people with celiac disease. This work was the first of its kind in the world. Up until this point, oats were on the ‘no-go’ list of ingredients. While technically safe, oats are often in cross-contact with wheat and barley crops making them inedible to a person with celiac. As a cereal scientist, he knew that the crop, harvest and storage could be managed in such a way that it could be safe for celiacs. “He devised a system of field inspections and lab tests to ensure that growers can make “pure” oats using ‘AC Gehl’.” This variety of oat ‘called the Naked Oat’ was the first truly hulless and hairless oat variety in the world safe for those with gluten sensitivities. Vernon Burrows has elevated oats to a world-class cereal grain.
His work was honoured with an Honorary Life Membership with the CCA which was presented to him in 2016.

Watch a short video on the journey of GF oats

“He was known for running around his oat plots in Ottawa and California’s Imperial Valley with his field notes, Tilley hat and sunscreen.”

After “retirement”, Vern became a research scientist emeritus at Agriculture and Agri-Food Canada. He volunteered his vast expertise for another 19 years to improve oat crop yield and quality in China and Canada. This work in China earned Vern scientific honours from China one of which was a large bronze statue of him, holding a sheaf of oats, erected at the Baicheng Academy of Agricultural Science in Jilin Province. It has been said that Burrows is as big a story as another Canadian who worked in China, Norman Bethune.

In December 2001, Vern was made a Member of the Order of Canada, and in February 2019, he was promoted within the order to become an officer (OC). He received many Canadian scientific awards, as well as the Queen’s Silver and Gold Jubilee medals.

In 2017 at age 87, Vern was diagnosed with progressive bulbar palsy, a type of ALS.

In lieu of flowers, please consider donating to the ALS Society of Canada, the Canadian Celiac Association or the charity of your choice.
To donate to the CCA in Vern’s name, please click here  and share a memory of him with us at info@celiac.ca.